Architects Associated CC was founded 1990 and is located in a small historical building, owned by the practice, in the Cape Town CBD. The practice maintains a design studio approach and its portfolio of work includes a range of projects across the residential, restoration, commercial, educational, institutional and social housing fields.

Whilst this practice considers design, construction and environmental issues its realm and concern, added to this is the appropriate assessment and satisfaction of our clients’ requirements in the efficient and professional management of contracts. 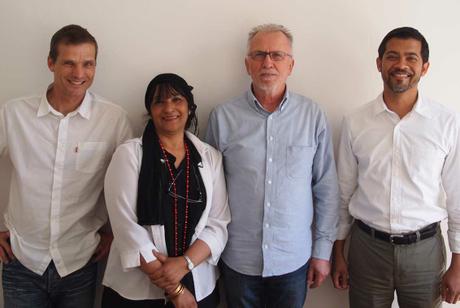 Dieter Bossow studied architecture at the University of Cape Town and graduated in 1974. He set up his own practice in 1979 before becoming a founding member of Architects Associated in 1990, of which he is the principal architect. He has remained passionate about good architecture and design and is involved in all aspects of projects.

Since the early 1990’s he has been working for and with disadvantaged communities. Through his involvement in the Dibanisa Iinstapho Hostels to Homes Project, the practice developed and successfully demonstrated the application of public space oriented urban design principles together with appropriate unit design, in a high density rental housing stock development in Guguletu, Nyanga and Langa.

Stephan Ohst qualified as an architect at the TU Luebeck ( University of Applied Science) in Germany. He subsequently worked in 2 practices involved in Social Housing Developments, responsible mainly for site supervision. He joined Architects Associated in 2002 after immigrating to South Africa. He has been involved in most projects from design, documentation as well as contract administration .

Shamiel Gamieldien completed his studies in architecture at the University of Cape Town in 1994. He has worked in a number of practices in Cape Town over a wide range of projects, but mainly in housing in all its forms; from low cost housing in the Cape Flats to luxury housing at the V&A Waterfront as well as many private houses. He has also spent a year at the Health Directorate of Public Works.

Shamiel says: “Certain ideas inform my approach to architecture;- restraint, simplicity and repose complemented by beauty, richness and delight. These overarching principles inform those of respect for context, appropriateness of scale , economies of means and sustainability.

Rhoda has been our office manager since inception, and is an integral part of the day to day running of the practice.